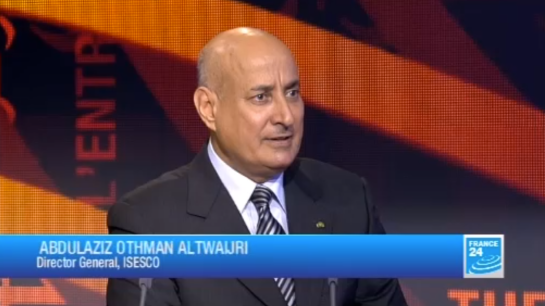 Armen Georgian of France 24: The World Memory Film Project is a global anti-genocide movement. Why has ISESCO decided to partner with this initiative?

ISESCO is against any injustice happening in the world — whether in the past, in the present, or in the future. So we joined this very brilliant project to emphasize the position of Islam and Muslims in this respect.

We are against the idea of affecting the lives, the dignity, and the property of any individual groups, everywhere and anywhere.

The theme of this project is human, and is good for humanity. And I think that attracting young people to speak out about past genocides and atrocities can help build an immunity inside themselves and their colleagues around the world, so that such atrocities and genocides will never be repeated in the future. We need a safe world, a world that is livable for all, a world that respects human dignity and human rights.

Here is the link to the full interview (the above quote begins at 10:37):
http://www.france24.com/en/20131109-interview-abdulaziz-othman-altwaijri-isesco-director-general-culture-education-religions-islam-west